The future of collision repair may not be as dim as some think. Despite the technician shortage happening all around the country, there are young folks showing an interest in this profession. In fact, a whole slew of promising young Lone Star technicians recently shined bright as they took part in the 2022 SkillsUSA competition this spring at Corpus Christi. 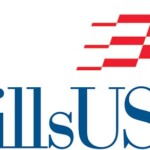 The collision repair SkillsUSA competition allows students to compete at the high school and post-secondary levels. First place winners went on to compete against students from all over the country at the national competition held last month in Atlanta, Georgia.

•  Gino Martinez for Collision Refinishing and

The school has achieved fairly consistent success with sending their students to the national competition, thanks to an active Skills club program that ranges from beginner to advanced and provides students with the opportunity to take part in hands-on repairs.

“It is one heck of a competition,” acknowledged Philip McKee, SkillsUSA advisor for collision instruction at TSTC, of the national level. “It all boils down to the competitors one is up against.”

In the past, he’s seen TSTC students place among the top 10.

High school students who took first place this year to move on to national competition are as follows:

“I pretty much recruit any student who wants to be an active Skills club member,” explained McKee. “They can take part as early as their first semester; the advanced program is for those who are gearing up to graduate. They are able to work on real live projects that differ from the regular curriculum. For example, they worked on a 1936 Chevy Coupe. So, the students get extra work to do outside from the regular curriculum, and it gives the younger classmen a chance to get ahead of the game. The more advanced students work in an environment that is run pretty much like a body shop.”

TSTC has been playing a role in SkillsUSA for 30 years as it hosts the regional competition which encompasses the northeast side of Houston up to central Texas and the Dallas-Fort Worth area.

“We try to host the competition in such a way that it gives the students a look at what the state level competition will be like,” stated Tracy Marshall, senior instructor of auto collision and management at TSTC, who has served as a state competition judge in previous years.

“We hold the high school students to the same standards as we do those competing in the post-secondary competition,” added McKee.

Although students participate in the SkillsUSA competition year after year, instructors would like to see even more take part.  Smaller high schools may not have the budget to invest much into the collision repair side of their automotive programs; however, Marshall believes interest in collision is starting to pick up. Many former TSTC students have gone on to become instructors at the high school level, and through those relationships, they have been able to continue to educate students – not just in how to perform repairs, but also in showing them there is an opportunity to become successful as an auto body technician.

“I grew up working on vehicles with my uncle and dad, and for me, that planted a seed in the industry. Less of that goes on these days,” observed McKee. “Cars are more advanced than the average back-yarder, so there are fewer kids working out there with their parents. We have been able to get a lot of students interested by going out to schools, recruiting them and showing them that this really is a neat industry. It’s in demand as long as there are vehicles on the road.”

One student expressed interest after customizing a vehicle playing the video game Grand Theft Auto and thought it was “a neat thing to do,” according to McKee.

He and other instructors take the time to visit students at area high schools “to show them what we do and how we do it. We get them to come here, tour and see classes as they are run. Once they see what we are doing, they decide that it really can be an awesome job.”

Want more? Check out the July 2022 issue of Texas Automotive!