Our resident expert informs readers about a surprising claim he has witnessed – and its outcome. 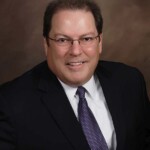 Each month, I read your response to various questions from readers. A few years back, I asked you to give a bizarre situation on a claim you had handled. I was amazed (but not surprised) by the incompetency of the carrier’s management in your response. I am sure you have seen many more bizarre situations and outcomes throughout your years of handling insurance claims. Can you tell me and the readers about another surprising claim you have witnessed and the outcome?

Thank you again for your question and comments and for following these editorials. Your support and questions are much appreciated. Several years back, when you asked me to outline the events of a bizarre claim that we have handled, it was actually very hard to single one out – we deal with so many grossly mismanaged examples! Almost daily, our office encounters something out of the ordinary involving a carrier’s inept management of an insured’s motor vehicle claim loss and their lack of empathy for their policyholder. Our large and growing database meticulously documents the findings and outcomes of each.

We recently resolved what could have been a straightforward claim, which started way back in June 2020. The insured truck was involved in a violent storm, resulting in it being deemed a total loss. There was no question as to the loss type being replaced. When valuing the loss, the insurer used CCC ONE to arrive at an adjusted vehicle value of $24,587. The insured, through his daughter, vigorously contested his vehicle’s valuation as of the date of loss, and he and family members made several attempts to convince the insurer to reassess the loss settlement for fairness. Each time, they were emphatically ignored. The insured in this case spoke very little English and had to rely on the support of family members to communicate with the insurer. This placed the family at an unfair disadvantage that, based upon our experience, most carriers thrive on.

After several weeks of frustration and no response, the insured and his family were referred to us for help and subsequently contacted our office. We arranged for a translator and requested that the insured email us a copy of his carrier’s proposed settlement. After a close review of the CCC ONE Market Valuation Report, we believed it was grossly undervalued – as suspected by the insured – by a minimum of $4,500. Through the translator, we recommended the insured retain Auto Claim Specialists as his public insurance adjuster and Vehicle Value Experts as his independent third-party appraiser.

After many formal notices and attempts to convince the defiant carrier to participate in the contractual appraisal process clearly listed and described in its policy, we referred our client to a law firm familiar with this type of unlawful carrier behavior. Typically, after the filing of a suit, the court will order the appraisal process to define the loss. This loss dispute was no different, and the court promptly ordered appraisal. At the end of the appraisal process, the insured’s independent appraiser, Vehicle Value Experts, and the insurer’s independent appraiser defined the actual cash value as of the date of loss as $29,184, revealing that the unlawful carrier had under-indemnified the insured by $4,597. Adding the applicable sales tax of $287.31 to the increase brought the total under-indemnification to $4,884.31.

Because of the carrier’s defiance in acknowledging and participating in its client’s contractual right of appraisal, this extra $4,884.31 to properly indemnify the insured for his loss became the least of its issues. Once again, as we routinely see, the unlawful carrier ended up agreeing to more than $39,000 in damages to resolve this debacle they created. This type of unlawful behavior by the insurance carriers is prevalent and common, but based upon our experience, the abuse tends to be even worse when involving insureds who have limited English skills and no one to look after their rights.

As I have repeatedly stressed, the systematic undervaluing of total loss claims by the insurance carriers is of epic proportion. It is only a matter of time before the right interested legal authority takes interest in our data, business model and customer base…and utilizes it to pursue justice for our clients on a grander platform. Over the past 18 months, our clients, who have been forced to seek judicial support to remedy infractions against their unlawful carrier, have been compensated $26,000 in consequential damages on average, including payment of all associated attorney fees against their unlawful insurance company for their systematic wrongdoing.

Over the years, we have handled thousands of complex appraisal clause assignments. The catalyst for a unique claim handling situation such as the one above is inexperience, refusal to listen to the facts, inability to comprehend the facts, greed, disrespect, stubbornness, ignorance and unwillingness to change. This typically results in carriers’ refusal to honor clear and unambiguous contractual rights in the policy and/or advising their independent third-party appraiser to not deal in good faith – another clear unlawful intervention. The appraisal process, when used and honored as intended, allows the insured the relief needed to ensure they are made whole. The appraisal process typically grants the insured the right to remove the inexperienced claim handler’s ability to mismanage the claim and place it in the hands of experienced professionals to adequately manage the loss.

Please call me if you have any questions about the policy or covered loss. We have most insurance policies in our library. Always keep in mind: a safe repair is a quality repair, and quality equates to value. I thank you for your questions and look forward to any follow-up questions that may arise.

Want more? Check out the June 2022 issue of Texas Automotive!