Since ABAT began in 2014, association leadership has been in constant contact with the Texas Department of Insurance (TDI) in relation to consumer under-indemnification. 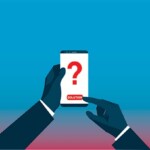 Attempts to rectify the situation repeatedly meet with frustration on ABAT’s part as TDI continues to turn a blind eye to insurer abuses.

“It seems like TDI is actively deciding not to do anything,” ABAT Executive Director Jill Tuggle claimed last month (catch up on the story at bit.ly/blindTDI). “Any attempt by TDI to downplay or disregard indemnification issues is disingenuous and appears to be an attempt on TDI’s part to distort the facts.”

In hopes of getting to the bottom of some of these challenges, Texas Automotive reached out to TDI with a series of questions, and while TDI responded to our request for an interview, their underwhelming reply left much to be desired. In the interest of full transparency, we’ve decided to provide readers with a glimpse into our vexing and futile attempts at communicating with TDI.

Texas Automotive: Regarding the recent ABAT meeting related to consumer complaints, TDI asked ABAT to omit the customer’s name, even though the consumer signed the complaint indicating their decision to file the complaint. Is this an attempt to artificially minimize the situation by making it appear as though the complaints belong to the association rather than the consumers who are being harmed by their insurers? If not, how does this redirection benefit the consumers you’re sworn to protect? How are you investigating the complaints made against insurers (what’s that process look like)?

Texas Department of Insurance: One of TDI’s core functions is to protect and ensure the fair treatment of consumers. We take this responsibility seriously and strive to provide excellent customer service in everything we do. Every consumer complaint is important to us. When we hear from consumers, those questions and complaints are handled according to procedures and statutory requirements. When TDI receives a consumer complaint, we gather documentation from all parties involved. We may ask the consumer about their policy and their communication with the insurance company about their claim. We may then ask the insurance company for an explanation of its position on the claim and what information was used to reach its conclusion.

If evidence shows that an insurance company might have violated the law by not properly paying a claim, TDI can investigate further to gather additional evidence to support disciplinary action when appropriate, including ordering restitution to the consumer. If a consumer has a complaint regarding an auto claim, we encourage you to share our contact information so we can quickly assist the consumer. Consumers may file a complaint with TDI through our call center at 800-252-3439 or by using our complaint portal on our website at bit.ly/TDIcomplaint.

TXA: TDI has repeatedly indicated that it is unable to “employ a specific process for determining prevailing rates.” Since a prevailing rate would be the rate that is common in a marketplace, that figure would be determined by the collision facilities who perform the repairs and charge for their labor; however, insurance policies commonly claim that they determine “prevailing rate” based on surveys conducted. Why are the bill payers allowed to establish an acceptable rate for another industry in your market? If TDI cannot establish/determine a rate, how can they effectively regulate the insurers that they are permitting to do exactly that, through policy language that the TDI approves? (And if TDI believes that they are not permitting the insurance companies to do exactly that, are you willing to acknowledge that the concept of “prevailing rate” as used by insurers is a myth that cannot be enforced?)

TXA: When ABAT requested information about State Farm’s survey, TDI agreed with the insurer that releasing that information “may implicate the proprietary interests of State Farm” because that information is a “trade secret and confidential.” If the survey is conducted in a fair and unbiased manner (ie. based on shop’s posted Labor Rates) that truly reflects the market, why is this information considered proprietary when anyone could call the shops in a given market to determine common rates? (LaborRateHero.com is a website that enables anyone to peruse market rates.) Are these results being viewed as proprietary because State Farm (and other insurers) are using shops’ contracted rates to artificially suppress consumer indemnification?

TDI: A company may choose to assert a trade secret or other privilege of confidentiality when they share information with TDI. We do not assert those privileges on their behalf and are not privy as to why they mark certain documents filed with TDI as confidential. TDI seeks guidance from the Office of Attorney General prior to the release of any information marked confidential by an insurance company.

TXA: Past insurance company employees have indicated that the survey does not exist at all. Can TDI confirm that they have actually examined that survey? If not, how can TDI allow policy language based on a survey they don’t review? How can TDI ensure that the policy is fair to the consumer if they don’t have all the information the insurer is using to determine the extent to which they’re willing to indemnify consumers? If TDI DOES examine the survey, some follow-up questions:

a.  How often does TDI review those surveys?
b.  Did TDI compare survey results to shops’ actual posted Labor Rates?
c.  Given the fact that TDI representatives have informed ABAT on multiple occasions that they don’t know much/anything about repairing vehicles, how can TDI effectively protect consumers from the egregious under-indemnification and harm that insurers are inflicting on a daily basis?

TDI: TDI does not have statutory authority to set, review or verify Labor Rates for auto repairs. Likewise, there are no laws that require or prohibit companies from using a Labor Rate survey. It is important to note that the Labor Rate for a particular repair is a question of fact. Courts decide disputes over questions of fact.

Texas Automotive also reached out to five insurance companies (State Farm, Allstate, Farmers, Progressive and Liberty Mutual) to ask “How are your prevailing rates surveys conducted? Are DRP shops included in the survey, and if so, are they providing their posted door rates versus their contracted rates (since contracted rates would not be reflective of the market)?”

None of the insurers responded to our query.

What do you think of TDI’s responses? We’d love to hear from you as we’ll be revisiting this topic until ABAT feels that TDI is willing to do its job of protecting consumers. Share your thoughts with chasidy@grecopublishing.com.

Want more? Check out the May 2022 issue of Texas Automotive!