If an employee in your shop blatantly refused to perform the job you hired them to do, they probably wouldn’t maintain their position for very long. 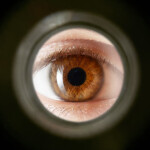 That’s generally the case at any job, in any industry; however, when it comes to some state agencies governing the insurance industry – the entities tasked with protecting consumers from unfair business practices and under-indemnification – it seems that employees are encouraged to shirk their duties and protect the insurers, rather than the consumers who are being injured.

In the December 2021 edition of Texas Automotive, ABAT accused the Texas Department of Insurance (TDI) of being “asleep at the wheel,” implying that the agency responsible for regulating the state’s insurance industry and protecting consumers had merely neglected to pay attention. (If you missed it, check it out at bit.ly/zzzTDI.) ABAT President Burl Richards challenged TDI to “Do your job – regulate insurance companies and protect consumers!”

Since then, ABAT has continued to pursue its fight for consumer rights…and TDI has continued to thwart the association’s efforts, actively ignoring insurance companies’ unethical business practices and deliberately disregarding the egregious actions perpetrated by insurers which result in consumer under-indemnification – and potentially unsafe repairs.

“We thought TDI was asleep at the wheel, but it’s worse than that,” according to Richards. “They’re wide awake! But they have no intention of regulating insurers or protecting consumers…After multiple attempts to communicate with TDI through emails, phone calls and meetings, TDI’s actions – or rather, their inactions – has convinced ABAT that TDI is not overly concerned with proper repairs or how improper repairs impact the safety of vehicle owners in our state.

“By failing to hold insurance companies accountable, TDI is intentionally turning a blind eye to insurer abuses that harm and under-indemnify Texas consumers!”

Over the past seven years, the department has repeatedly requested evidence to support the association’s claims of consumer under-indemnification. Last year, ABAT obliged by collecting nearly 500 consumer complaints in accordance with the verbal and written instructions provided by TDI in September 2020; however, as soon as ABAT processed the first 268 complaints, TDI requested a meeting – not to finally address these problems, but seemingly to employ a new tactic to avoid helping impacted consumers.

“TDI changed the rules to the game,” ABAT Executive Director Jill Tuggle expresses her frustration. “TDI is largely ignoring the complaints we’ve submitted on the consumer’s behalf, citing a host of reasons, and ‘closing’ the complaints with no action. It seems like they’re purposefully making it difficult. Although they’ve told us many times that complaints must come from the consumer, they now want to omit the customer’s name and list ABAT as the complainant, but ABAT is merely helping the customer facilitate the complaint.”

The change was allegedly made because TDI does not believe that the consumers were interested in filing complaints – despite the presence of the body shop customer’s signature on the document. How can TDI justify such a belief?

“TDI doesn’t perform a true investigation,” Richards explains. “They submit the complaint to the insurance company, and the insurer’s response becomes TDI’s response. The department never talks to the actual customer who experienced the issue. If the insurer says, ‘The sky is green,’ TDI agrees: ‘Nothing to see here, keep it moving.’ They don’t follow up with the customer or perform a true investigation.”

Merely accepting the insurer’s word as factual without contacting the complainant appears to be an obvious way for the entity under TDI’s regulation to manipulate the situation in their favor, and a deeper examination of a few complaints provides an indication of possible insurer malfeasance as well as evidence of TDI’s ignorance – if not outright negligence – as it pertains to these matters. ABAT examined a couple of specific complaints.

Consumer A filed a complaint against her insurer for refusal to indemnify her for safe and necessary OEM repair methods, listing over a dozen specific processes for which she was not reimbursed. Farmers responded to the inquiry with the explanation that Consumer A’s “personal auto policy does not carry the OEM parts endorsement.”

“Clearly, that has nothing to do with the complaint, but…Wait for it,” Tuggle grimaces. “TDI accepted this explanation and closed the file.”

On Consumer B’s complaint that Texas Farm Bureau refused to pay his chosen shop’s Labor Rates, the insurer reported that the consumer had no recollection of wanting to file a complaint; however, Tuggle followed up with the consumer who wrote in an email:

“When I first spoke with the person who called about the complaint I filed, I could not remember filing because it had been so long since I filed the complaint, but after I spoke with him for a few minutes, I remembered filing a complaint.”

During the recent meeting with TDI, Tuggle pointed this out, and she recounts, “He was, in fact, unhappy with the way his claim was handled, but the insurance company omitted this information in their response. TDI appeared to write something down, but they haven’t yet reopened the complaint.”

On another complaint, TDI sent ABAT a closing letter that claimed they had reviewed the file and indicated that Progressive had “met the standards established by [TDI] to restore the vehicle to pre-loss condition,” yet ABAT’s repeated requests for a copy of those standards yielded no reply.

“TDI made it a point to address this immediately in our Zoom meeting, saying it was incorrect information and they don’t have standards for repair,” Tuggle recalls. The complaint remains closed, despite its status being changed based on nonexistent standards.

A fourth complaint that caused concern amongst leaders at ABAT was filed by a repairer who was unhappy with the denial of important safety procedures and other issues.

“When we filed this complaint, TDI responded by closing the complaint because they needed the name and address of the insured person…AFTER they told us to omit that information,” Tuggle shares. “When asked about this, they claimed it was a mistake they needed to address. I followed their instructions to send my response and additional information back via email, but they never responded to my email nor did they add that information to the file. They kept the complaint closed.”

“TDI isn’t even reading the damn complaints!” Richards laments. “They’re just taking whatever the insurance company says as gospel. All they do is defend insurers, insist TDI has no authority and claim, ‘There’s no issue here.’”

“It seems like TDI is actively deciding not to do anything,” Tuggle adds. “Any attempt by TDI to downplay or disregard indemnification issues is disingenuous and appears to be an attempt on TDI’s part to distort the facts.”

Texas Automotive reached out to TDI in hopes of getting to the bottom of some of these challenges, but (not surprisingly) their response was underwhelming and filled with regurgitated gems, such as “Courts decide disputes over questions of fact” and “TDI does not have statutory authority.”

Curious what else TDI had to say? Check out next month’s feature, “TDI Responds, But Do They Ever ANSWER?!” in Texas Automotive, available at grecopublishing.com.   TXA

Want more? Check out the April issue of Texas Automotive!