We’ve known for years that there’s something wrong in this industry: Shops that want to safely repair vehicles according to the OEM recommendations are not properly compensated, leaving consumers under-indemnified by their insurers. 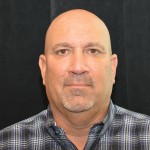 In fact, that’s a big part of the reason we formed ABAT – we didn’t understand why carriers would or wouldn’t pay for specific items, so we stepped up to the plate in an effort to protect our customers!

Why play a game unless you’re playing to win? But you can’t win unless you know the rules. After spending the past seven years learning about the insurers’ game, we have a better grasp of their “rules.”

Rule #1: Insurers want to pay as little as possible for parts…even when that means repairing a customer’s vehicle with aftermarket parts instead of OEM parts, despite knowing that these parts are not crash tested. We know there’s a huge difference in the safety component and aspect of a vehicle based on the type of parts used; OEM parts are designed to absorb energy in a certain way to ensure the occupants’ safety. Vehicles that are repaired using structural aftermarket parts simply aren’t as safe.

Rule #2: Insurance companies don’t care as much about proper procedures as they care about their bottom line. As a professional repair facility, our goal is to repair every vehicle to its pre-accident condition, and the only way to do that is by following the OEM recommended processes and procedures; however, insurers only want to indemnify the customer for the “prevailing processes,” regardless of whether that actually ensures a safe repair. Knowing how to fix a car doesn’t mean you know how to fix every car! You cannot properly repair today’s vehicles without following the manufacturer-specific guidelines. This is how we ensure that a customer’s vehicle will perform as it was intended if there’s another accident.

Rule #3: “Prevailing rate” is a hoax. No one can offer a definitive explanation regarding what it is. Yet insurers (that cannot legally establish repair prices) are permitted to include policy language that says they “determine prevailing rates based on our survey,” a survey they refuse to produce as proof that the rates used accurately reflect the cost of doing business in that particular market. Then, they use this concept of prevailing rates to strongarm shops into accepting lower rates…or charging the customer the difference. And customers shouldn’t have to pay more than their deductible; the consumer already paid their insurance premium, which is meant to pay for restoring their vehicle after an accident. A consumer not getting what they paid for is under-indemnification, plain and simple.

When ABAT learned those three rules, we thought we had it pretty well figured out. After all, Texas has a whole department for that! The Texas Department of Insurance (TDI) is tasked with regulating insurance companies, and their number one job is ensuring Texas consumers are protected. But when we started engaging with TDI about the insurance industry’s egregious practices that harm our customers, we learned the fourth rule…
Rule #4: TDI doesn’t hold insurers accountable. We’ve been sounding the alarm belI for years, and nothing has been done about it. We’re told that TDI doesn’t regulate Labor Rates or determine what’s fair and reasonable, yet the department continually allows insurance policies to include language that is a straight-up under-indemnification issue! When complaints are made, they may question the insurer about it, but they don’t properly investigate the allegations – a true investigation requires talking to all involved parties, which would include the consumer who was harmed as well as the shop. That doesn’t happen.

Policy language needs to be changed, surveys need to be reviewed, and consumers need to be protected. It’s extremely frustrating when the TDI, a government agency that has been charged with regulating insurers and protecting consumers, seems more interested in protecting the insurance companies they’re beholden to. Honestly, it doesn’t seem like they’re merely turning a deaf ear to our problems; it seems like the TDI goes out of its way to protect insurers, and that’s very disappointing.

I’d love for the TDI to prove me wrong! It’d be wonderful if they started checking these surveys, preventing certain policy language and actually regulating the insurers – you know, if they started doing their job.

In the meantime, ABAT needs more shops to get in the game! Now that we know the rules, here are some plays you can use to help “score:”

• Provide supporting documentation on all repairs. Trust the OEM to know their vehicle, and follow their guidelines.
• Educate your customers. Explain the difference between parts and processes, and when their insurer under-indemnifies them, help them file a complaint. (ABAT’s consumer complaint forms are available for download at bit.ly/ABATvTDI.)
• Utilize the Right to Appraisal when negotiation attempts aren’t working.
This may be the most effective way to ensure your customer gets properly compensated for their vehicle’s repairs.
• Spread the word. Our industry needs to educate the general public about these issues which impact THEM as much as they affect us – if not more! I recently appeared on a segment of In Conversation with Ware Wendell (of Texas Watch) to talk about these issues and many more. You can
watch the full interview at bit.ly/BurlTalks.

This isn’t just a Texas issue; this problem is happening all across the country. Our entire industry is sick of playing by the insurers’ rules. Isn’t it time that we rewrote some of those rules by sticking together and doing what’s right for our customers?

Want more? Check out the March issue of Texas Automotive!