The concept of a direct repair program (DRP) seemed pretty great when insurers first introduced it: They’d refer claimants to a contracted shop in exchange for certain concessions, such as reduced labor rates or free storage. 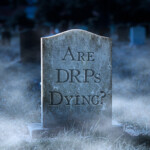 But as insurers sought to expand their control over the cost of claims, their practice of “recommending” direct repair facilities reduced the amount of work available for non-DRP shops, sounding the death knell for more than a few…as though the Grim Reaper himself had come calling for or independent auto body shops in the form of insurers, yielding a scythe molded from direct repair programs (DRPs).

“One shop rejected DRP contracts for years, but it got so bad – because insurers kept steering work away from him and to their contract shops – that he considered closing down the shop,” AASP/NJ Executive Director Charles Bryant recalled. “Two weeks later, an insurer offered to put him on their program, and despite how much he hated it, it was better than going bankrupt. A lot of guys hate being on the programs, but they sign on to prevent work from being steered away from them. How many times can a shop allow insurers to take jobs away?”

“Insurers direct their insureds to the DRP shop down the street and neglect to tell them they can go to any licensed body shop they want,” lamented an Essex County shop owner, who has never participated in any DRP because “I don’t want an insurer telling me how to fix the car. I don’t want them telling me what procedures should be completed or not. They’re not going to tell me how to run my business.”

Being a non-DRP shop also means “you’re not a priority,” he added. “An insurance claim can sit in my lot for three weeks, and though I see the appraiser drive by every day to go to the DRP shop down the street, he claims to be too busy to come see my customer’s car. It’s hard enough to get the job, and then they make it harder to do your job.”

To avoid that conundrum, a large number of shops opted to give DRPs a try, and many reaped the promised rewards.

Participating in over a dozen DRPs has provided one Bergen County shop owner with a “steady flow of clients” since signing onto his first program in the 1990s, but he acknowledged, “If you’re not on the lists, the work gets steered someplace else. You’re either on the inside…or the outside. As lousy as that sounds, it’s reality, and I chose the path of least resistance.”

That seemed to be the case for many shops, and the number of US shops contracted with insurers grew to over 90 percent in the 2010s. In the New Jersey Automotive 2014 Industry Survey, 92 percent of Garden State shops reported being a DRP facility (bit.ly/NJA2014survey).

But over time, carriers grew more demanding, mandating which parts should be used and dictating aspects of the repair process. As a result, shops began withdrawing from programs…and many found life after death (of DRP relationships, that is).

Secaucus Autobody initially signed on with two insurers, but after one company got bought out and the other reduced the number of DRP shops in that market, owner Rick Symons saw no reason to pursue any new programs.

“I didn’t really see any benefit to them, so it wasn’t a big deal,” he said. “I built my business on my reputation. All our work comes from client referrals and word of mouth. We’ve been here 32 years, and people come back because they know us. They’re typically not even aware of whether I’m a DRP or not.”

“You don’t need DRPs if you do good work and treat people well,” agreed Daniel Hawtin (Auto Body Craftsman; Island Heights), who dropped his last DRP contract a decade ago. “My philosophy is that I repair every vehicle like it’s my granddaughter’s car; I fix vehicles the way they should be repaired. With DRPs, you have to compromise too much, and that’s not something I’m willing to do. I’m not a good soldier; I don’t like to be bullied.”

In recent years, more shop owners seem to be deciding that DRPs just aren’t right for their business model. Recent responses to New Jersey Automotive’s Annual Industry Surveys have indicated a significant decline in the number of DRP shops in New Jersey, polling at 68 percent, 78 percent and 64 percent in 2019, 2020 and 2021, respectively.

“Insurers control the labor rate through various tactics, but where they used to add hours to compensate for certain program restrictions, they’re now cutting hours on certain tasks, like only paying five hours on a quarter panel that was billed at 8.5 hours,” Bryant pointed out. “Many insurance companies have become so restrictive that even DRP shops can’t survive, and that’s one factor driving shops away from direct repair programs.”

“It was kind of like, ‘This is what your labor has to be. This is what we’ll pay you,’” Symons recounted. “In my experience, it wasn’t profitable.”

“They want to share your labor and parts profit, and they want too many free and discounted labor items. We just couldn’t possibly do all that for free,” Hawtin shared. “I don’t quite understand how anyone can make money that way, but I guess it must be profitable to some shops. If you repair enough vehicles each week – even if you’re giving a bunch away – you have to make money somewhere, right?

“I’m not willing to compromise my standards to save billionaires’ money. Insurers’ only concern is the money; that’s what matters most to them,” he continued. “There’s a fine line you have to walk to be profitable and still do the quality job you’re obligated to do for your customers. I couldn’t figure that out, so I’d rather not participate. It didn’t work for me, but it’s a business decision that a lot of good guys make in good faith, and I hope they’re more successful in the venture.”

“There’s a DRP down the street, and I’d be a fool to believe they’re not profitable,” admitted the Essex County repairer. “There’s too many DRPs out there for them not to be profitable, but I don’t know what the secret sauce is since I’m on the other side of the fence. My customers don’t understand why there are so many delays, so I have to explain to them that the DRP works for the insurance company; their loyalty is to repairing the car as cheaply as possible to keep the insurer happy. My priority is safely repairing the car and retaining the customer for the future. Supposedly, there’s a lot of oversight for DRPs, but I can’t imagine what methodology they’re using to repair today’s high-tech cars safely under so many restrictions…and still make a profit.”

According to Dennis Cataldo, Jr., it is possible. D&M Auto Body (Old Bridge) participates in one DRP for a regional carrier.

“If you can find a relationship with an insurer that is reasonable and willing to work with shops, you can be profitable and fix cars correctly.”

“Yeah, it’s been profitable,” acknowledged the Bergen County auto body professional. “The flow of work coming through the shop has helped us grow. We’ve worked hard and done well.

“Do we make more money on non-DRP work? Yes, we do,” he admitted. “But our country has gone into a Walmart mentality of high production, and if anyone hasn’t realized it yet, it may be time to accept that reality. At the same time, we recognize that insurers are not our partners. Our relationship with them is a vendorship, not a partnership.”

Industry experts have suggested that a new type of partnership may be helping kill off DRPs. “You need to be cognizant of the fact that OEs are playing – and will continue to play – a much bigger role in how their brand is being repaired, and that momentum will continue,” Pete Tagliapietra (Data Touch LLC) predicted at SEMA 2021. “You will also see further relationship-building between insurance companies and manufacturers. There’s an argument to be made that OEs will have greater influence over insurers as things move on.”

Bryant agrees that OEM certification is going to play a role.

“As advanced as cars are these days, shops have to get the training. It’s not even a matter of ‘should’ anymore; you can’t even buy certain parts without having the right training and equipment. It seems like we’re moving away from DRPs and going toward certified shops.”

“There’s no doubt that we’re moving toward a certified shop environment,” added the Bergen county shop owner. His facility holds one certification, and although he’d like to pursue more, there are some obstacles. “To become certified, OEMs ask for a larger building footprint than New Jersey shops traditionally have. On average, a shop
in this area is 2,300-5,000 square feet, so if you have to commit a large portion of that to an aluminum section to prevent material migration, it makes it difficult to have more than one certification. Our building is too small for a large certification program.”

He also identified two more challenges to becoming certified: “Dealers can only sponsor two shops, so shops’ ability to become certified is limited to that dealer

sponsorship. Shops also have to realize the expense of a certification program that has some teeth to it. It takes a solid commitment to send your guys to training every year, purchase the latest welder, maintain your I-CAR certifications, etc. It’s very expensive to complete a high-end OEM program, and that leaves a lot of shops unable to afford it, and they feel alienated as a result.”

When New Jersey Automotive first asked Garden State shops about their plans for OEM certification in the 2017 Industry Survey, 47 percent indicated their intent to obtain certification, while 14 percent indicated that they would not be pursuing OEM relationships and felt it would have no impact on their business. The 2021 survey iteration saw a reduction to 32 percent of shops chasing their certification, while 41 percent do not believe OEM certification will have enough of an impact on their business to warrant the investment.

“I’m not sure what direction the industry is moving, but I’m unsure how shops can be OEM-certified and have DRP relationships…and satisfy the requirements of both relationships,” offered Cataldo, whose shop currently does not have any OEM certifications.

The Essex County shop owner doesn’t believe DRPs will go away, even if OEM certification becomes more prevalent. “There are theories, and then there’s reality. In reality, I’ve seen a lot of anti-DRP shops jump on board when the opportunity arises. So, as some shops get off the DRPs, that’s just going to leave room for others to sign onto those contracts.”

“I see more guys moving away from DRPs because they think they’ll be able to charge better labor rates with OEM certification,” Symons said, predicting, “I think the OEMs are going to be just like the DRPs. They’re going to flood the market out in some areas, making that certification less meaningful.”

Hawtin believes consolidation will prevent certification from overtaking DRPs. “The conglomerates are coming around, buying as much as they can. And they thrive on DRPs.”

Is it time for the Grim Reaper to come calling for DRPs, or are DRPs still alive and thriving? We’d love to hear what you think. Reach out to chasidy@grecopublishing.com to share your thoughts!