This past year-plus has given most body shops quite a workout. 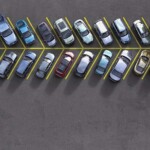 Supply chain issues on top of low manpower and insurer delays have led to a backlog of work so severe that shops have had to flex their creative muscles when it comes to scheduling work – in some cases, even turning customers away – all while trying to find a few minutes just to catch their breath.

As the summer got underway, things lightened up enough to allow for the ability to exhale once in awhile for some, but despite sky-high gas prices – which one might think would deter people from taking to the roads as often – and minimal improvement with obtaining parts, most continue to huff and puff their way through week after overloaded week.

“The phones are ringing off the hook,” reports Dean Massimini (Autotech Collision Service, Inc.; Sewell) who was already booked up until September as of mid-July. “I’m a small shop. I’ve been in business for 32 years, and before all this, I’ve never been booked up more than two weeks.”

The same can be said for Bloomfield Auto Body. Owner Anthony Trama indicates his shop is currently scheduled out about six to eight weeks.

“That comes with a disclaimer,” he explains. “It’s really based on back ordered parts. So, some customers on backordered parts are scheduled out based on when we anticipate those parts may come in. I don’t want them to have to wait two months, so I will book out eight weeks for backordered parts and roughly four to five weeks for cars that I know I can get parts for.”

Jerry McNee (Ultimate Collision; Edison) is currently seeing a backlog of one month to six weeks; however, that is an improvement over his previous jam that left him scheduling out two to three months! Ken Miller at 821 Collision (North Haledon) says prior backlogs of three to four weeks out have subsided.

Does this mean things may be getting close to heading back to normal?

“It definitely seems like it’s getting better, but I wouldn’t say things are back to normal,” suggests McNee.

Delays with parts obviously present an issue, but other factors play a role as well.

McNee believes “it’s a combination of parts issues and insurer delays.” On top of that, he’s even had problems with his vendors. In one circumstance, he discovered one of his vendors never followed through on an order for a part he submitted. Instead of receiving the part and getting the car out the door, he received no apology and a response from the vendor that perhaps the part was sent to another shop. Clearly, McNee was left with more frustrations, no solution and an angry customer.

Trama agrees that parts delays have definitely played a role. He believes this all started when the pandemic hit, but it was the supply chain issues that accelerated things and led to the problems that shops have been battling all this time.

“There have been times we just couldn’t get any parts,” he relays. “Some that would come out from California would normally take about five to seven business days wound up taking weeks because we were told they were just sitting on a dock out there with no drivers or trucks to be able to unload and distribute them.”

The Bloomfield shop owner does believe things are getting better as parts have begun to come in sooner than expected, but when it comes to normalcy, that’s something “I don’t think we’ll see for a long time.”

Massimini has a whole different outlook. He doesn’t think it’s about supply chain issues at all.

“I honestly feel that once COVID broke loose and people got back on the roads, they honestly forgot how to drive. There’s more angry people on the road.”

He thought gas prices would change that, but it does not seem to have brought much change to a problem that isn’t just being felt in the Garden State but nationwide.

“Eventually, there will be some normalcy, but no one has a crystal ball. It’s an unusual time. And when we do have supply chain related issues or insurance delays, we just move on to the next job as there is always something to work on here.”

Miller acknowledges several factors contributing to the backlog including the industry-wide manpower issues, something he was lucky to not have been affected by as he was able to take on employees as a result of other businesses closing down.

Instead he points his finger at insurer steering. As a non-DRP shop, he believes that insurers are slamming their program shops with work, therefore causing the backlog.

“They are steering harder toward DRP shops which is why some shops are slammed and others are not,” he believes.

McNee agrees that insurance steering is taking place through all this. He’s witnessed it firsthand, watching an insurer lie to a customer as they steered work away. In the end, he was more than willing to let the car go.

As for where things are headed, “I’d love to say it’s getting better. Our count is lowering. Something that should take a week can take two to three weeks,” McNee says.

Although shops may differ in size and makeup, all have had to find new ways to combat the challenges these issues have brought forth.

Trama says the backlog has completely changed the dynamic of the office by adding one more layer of administrative work.

“Aside from scheduling cars to come in, we have a pile of paperwork to focus on dealing with backorder parts. If a customer has been waiting for a backordered part, we have to call and verify the part will arrive in time for their scheduled appointment. We have to constantly check on things to make sure a customer never falls through the cracks.”

McNee has been practicing the same.

“Before a customer comes in, we have to call and check on these parts. We have to set the stage and verify because, if something is on backorder, it will do us no good to bring the vehicle in.”

Massimini also goes out of his way to make sure communication with customers has been honest and upfront at the start.

“I don’t want to be doom and gloom, but I make sure to cover the worst case scenario with them,” he explains how he addresses delays. He makes it a point to explain the insurance delays and parts issues as “an ounce of prevention goes a long way” and has even kept his customers involved in all forms of communication on their vehicle status.

“We try to get them to plan for the worst but hope for the best. That way if something does go wrong, they are aware of it. I can’t control how long their insurer will wait on a claim or how long parts issues will take. Another thing I do is not take any payment until the work is done; that way, they know I am not taking their money and then dragging out their repair. I want to make sure they know I am not playing games with them.”

Miller is looking at the backlog problem as an opportunity to learn and continue to find ways to improve internally. With parts delays still being an issue, although not as bad as it was, he’s found new ways of approaching scheduling. His shop is also exploring new ideas and ways to market his business in preparation for the return to normalcy.

As for the dynamic of the business and where we are headed, perhaps Trama’s thoughts sum it up best: “I learned that we were very spoiled years ago. Things have been turned upside down. At one time, if you had a bumper job, you knew how quickly you could get the part if you ordered it at 3pm. We were spoiled by having parts readily available to us at all times. It’s now changed cycle times and the way we do business. It’s difficult to give our customers a completion time with so many unknown factors.”

As the summer winds down and the final quarter of the year approaches, one can only hope that any signs of improvement are sure to bring along easier times – and with that – long overdue sighs of relief.