According to Massachusetts General Laws Chapter 26 Section 8G (MGL c. 26 § 8G), the Auto Damage Appraiser Licensing Board (ADALB) was created with the “authority to license individuals to appraise damage to all motor vehicles arising out of motor vehicle damage claims” and to “adopt rules and regulations governing licenses under this section in order to promote the public welfare and safety” in accordance with the parameters set forth in MGL c. 30A. 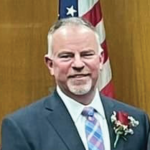 But given recent votes by the insurance representatives on the Board that tend to disregard OEM required repair procedures related to safe and proper repairs, we at New England Automotive Report began to wonder if members of the ADALB are actually aware of those duties…and if they believe they’re doing what’s right to protect Massachusetts drivers.

New England Automotive Report: What is the ADALB’s job?

Rick Starbard: The job of the ADALB is to license appraisers in the Commonwealth under the directive set forth in MGL Chapter 26 Section 8G and to promulgate regulations which will govern those licensees. The Board should meet regularly to discuss issues that arise which may require changes to the regulation or to issue advisory rulings. It is also the Board’s job to investigate complaints of possible violations of the regulations and to take action when deemed appropriate.

NEAR: Do you believe that job is being done? Why or why not?

RS: We license appraisers through regular testing, albeit a very simple testing procedure that could use some modernizing. While we do meet and review complaints, I don’t feel that the scales of justice when reviewing violations of the appraisal regulations are fair and equitable, particularly when reviewing complaints against licensed appraisers representing the insurance industry. I am also disappointed that after spending years building consensus in an attempt to modernize 212CMR, anything that didn’t benefit the insurance industry was wiped out and absent from the version that moved forward, rescinding the hard work and votes taken by former Board members who carried the load.

I think that the reasons that we see such flagrant favoritism to the insurance industry is simply because the ADALB resides in the Division of Insurance (DOI) versus the Division of Occupational Licensure (DOL) like most other state licensed professionals. I have previously stated that I believe that the DOI is a taxpayer-funded clubhouse for insurance companies which makes it highly unlikely that consumers and repair professionals can get a fair shake in the current environment. It has become clearly evident after reviewing over 100 recently filed complaints – many of which involved OEM mandated safety repair procedures – that consumer safety means nothing. As vehicles become more and more complex, the number of consumers put in harm’s way because of insurer ignorance and unwillingness to pay for safe repairs will only worsen.

NEAR: Do you feel that the ADALB is fairly reviewing the complaints filed against appraisers?

RS: Absolutely not!! While I respect and personally like my insurance colleagues on the Board, I know that they have bosses to answer to as has been the case with most former Board members. As long as the ADALB resides under the DOI, this will always be the case, unfortunately. Under the Division of Professional Licensure (or DPL, currently known as the Division of Occupational Licensure or DOL), Board members do not serve as the investigators like we do; instead, complaints are investigated by DPL investigators who bring their findings to the various Boards.

NEAR: Should there be certain complaint items that automatically progress to the next step of the process (ie. OEM required procedures)?

RS: That is tough to say as I do not believe that there is consensus that “OEM required procedures” are actually required. You would think that in a state that prides itself on education, a simple word like “required” would actually mean “required.” For over 40 years, the regulation has stated: “Manufacturer warranty repair procedures, I-CAR, Tec Cor and paint manufacturer procedures may also apply.” In an attempt to modernize that language, it was suggested that we change the language to read “SHALL” apply, but it was changed back to “MAY,” which sends the message loud and clear that OEM-required procedures are not necessarily required, in Massachusetts at least.

Even having the Tec Cor language in there is a joke. They are owned by Allstate, and I am not sure that they even function any longer. The vast majority of the complaints that we have seen lately are very well written and clearly describe potential violations as they relate to the appraisal regulations. All it takes is the ability to read them with an unencumbered, open mind which should send a lot more of the complaints to the next step than we have been seeing.

RS: I believe that licensing requirements have not kept up with the ever-changing automotive industry. We continue to train and license auto damage appraisers as if it were the 1980s. As long as insurers want to have appraisers view vehicles, which I am not opposed to, they should at least have proper training so that they know what is involved in repairing today’s high-tech vehicles. We should also incorporate annual professional development requirements in order to maintain licenses such as I-CAR and knowledge in researching OE repair procedures.

While the current situation is not ideal, I would encourage everyone to continue learning, doing your homework and filing complaints when you feel that you have been wronged through the abuse of the current regulations and an unwillingness to pay for safe, proper repairs and to encourage your customers to become part of the process. Insurers know that repairers are ultimately responsible for the repairs that they perform, regardless of an insurer’s willingness to pay for what is required to perform safe repairs. This is not something that repairers can afford to shield their customers from.

AASP/MA members are strongly encouraged to listen to the recordings of past meetings in the Members Only section of aaspma.org for a glimpse into the inner workings of the ADALB. Peruse the requirements set forth for the ADALB at bit.ly/MGL26-8G.