Repairing modern vehicles becomes more complicated with each passing year, thanks to advancing technology, an ever-evolving legislative landscape and the complexity of third-party relationships that many shops feel they must maintain. Of course, as independent businesses, shops reserve the right to operate the way they see fit…until they enter an arrangement with an outside entity, such as by participating in insurers’ referral and program contracts, the Commonwealth’s version of direct repair programs (DRPs). 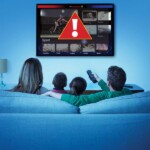 The concept of a “referral” program sounds pretty great: Insurers refer claimants to a contracted shop in exchange for certain concessions, such as reduced labor rates or free storage. Initially, both shops and insurers benefitted from the relationship; however, many auto body professionals now seem to believe that they’re giving more than they’re receiving.

“Long ago, insurers told us we needed to repair more cars, and to do that, we’d need to be lean and efficient,” recalled Ray Belsito (Arnie’s Auto Body; Charlton), who believes, “That’s great, but we lost sight of the fact that we’re in business and our margins matter. Instead, we took ownership of the lack of profitability because the insurance companies blamed it on our inefficiencies, and as a result, we’ve created an environment where we rely on them for work.”

Insurers’ focus on efficiency doesn’t necessarily benefit the vehicle owner any more than the body shop.

“Customers constantly complain about the poor level of customer service they receive from their carriers,” shared Jack Lamborghini (Total Care Accident Repair; Raynham). “They’re expected to do extra work, like submitting pictures for photo estimates, but they receive less service and fewer return phone calls than ever before. A few insurers do a good job, but generally, you can predict that the larger the insurer is, the less satisfied their customers are.”

Yet, the insurers’ customers are also the shops’ customers, creating a conflict when a contracted relationship forces shops to decide between the insurer’s mandates and the customer’s best interests. In fact, that conundrum has forced multiple shops to reconsider the value of being a “program” shop.

Although Total Care Accident Repair once participated in upward of a dozen affiliations with different insurers, Lamborghini removed the shop from all programs and referrals after he “came to the conclusion several years ago that the insurers’ expectations, based on the contracts we signed, were not in the best interest of a quality vehicle repair…or in the customer’s best financial interest. You cannot serve two masters – shops can elect to work for the insurer or for the vehicle owner. We’ve chosen to work for our customers, and although we’ll work with their insurance company, the customer always comes first.”

Jeff White (North Andover Auto) cited similar reasons for deciding to be removed from all programs and referrals.

“We had to agree to certain labor reimbursement rates, to use aftermarket parts and not to charge for storage. The financial aspects definitely deterred us from continuing those contracts, but the primary problem is the demands in these agreements! As a referral shop, disagreeing with the insurer about repair versus replace is a completely different battle. Auto body professionals should be free to repair the car the way we (as the experts) believe it should be repaired – based on the training, tooling and equipment we’ve invested in so that we can do the job right.”

“Insurers like to look at the things they can control (parts selection, repair versus replace and refinish), and they tend to have strict criteria associated with those things when you’re in their programs or on referral lists,” Belsito noted. “They refuse to pay for blending during the refinish process, and they push you harder to repair things that shouldn’t be repaired. Insurers have a lot of power, so they’re going to push the limits. As a result, many shops are forced to eat costs they should be getting reimbursed for, or they’re restricted by the contract in some other way. Eliminating those contracts means that I can follow my own requirements…and my conscience.”

Currently, A.P.C. Auto Body (Dartmouth) can be found on several referral lists, but owner Al Correia has slowly been extricating himself from those contracts and has already been removed from three this year. “We’re forced to perform administrative work, but they reject our attempts to bill them for those hours. Our supplements get cut in half, and it’s generally a royal pain.

“More importantly, I realized what those contracts were doing to our industry’s ability to negotiate,” he continued. “When a shop attempts to negotiate labor rates, the insurer knows they can get the work performed by a contracted shop at a lower rate, so why bother negotiating with independent shops?”

Rick Starbard (Rick’s Auto Body; Revere) prizes the ability to operate his business independently. “We have never participated in any referral or programs with any insurer. After the passage of the Massachusetts Insurance Reform Act back in 1988, it became clear to me – even as the young shop owner I was back then – that I couldn’t be beholden to my customer while under a contract with their insurance company. The vehicle owner is my customer, not the insurance company.”

“If the insured could read the contractual agreement between their insurer and the referral or program shop, it would likely cause them to reconsider who should repair their vehicle,” Lamborghini suggested.

The challenges associated with attempting to serve both the insurer and the consumer led AASP/MA to issue a position statement on the matter last year:

AASP/MA is a pro-consumer association representing all collision repairers and mechanical repair shops regardless of insurance affiliation. However, it is our firm belief that the restrictive and suppressive insurance referral and “program” contracts are a detriment to our industry and could create a liability risk for vehicle owners and collision repairers. We strive to advance the industry through education, regulatory enforcement and legislation to dismantle the control and influence insurers have on consumers and our industry.

All of this begs a single question: What’s stopping more shops from canceling their program and referral contracts?

“Fear,” Lamborghini answered succinctly. “Shops are afraid they’ll be steered against if they ask to be removed from the program, and the insurance industry has perpetuated that fear.”

“There’s a fear we have,” Correia corroborated. “We’ve built this business, and we have responsibilities, like mortgages and families to support. Insurers have done a brilliant job of convincing shops how good they are for the last 30 years, so many feel their lives will collapse if they pull away from those contracts, but in reality, it’s merely ‘learned helplessness.’ Shops complain about doing additional work and wonder why they have to beg on their knees for corrective legislation, but truthfully, we’re all part of the problem if we don’t recognize how flawed these programs are. Insurers don’t have your needs in mind – or those of your customers; they only care about profits…theirs, not ours!”

“After seeing how some of these contracts are written and what they require from repairers, I can’t see how a shop can be profitable with some of the giveaways,” Starbard added. “I would rather market myself and be consistent with a flow of customer choice work than be in fear that an insurer may not send me any more work because I wanted to be fairly compensated for a safe, quality repair.”

Yet, shops’ fear of being unable to maintain profitability seems unfounded.

“We were concerned when we decided to get off the referral lists,” Lamborghini admitted. “But we found that it actually had very little impact on our business; after two years of being removed from all programs, our business has flourished because we do a great job of taking care of our customers and their vehicles. Although insurers can suggest a shop, most customers conduct online research before choosing a shop, so while I understand and respect shops’ fears, I believe that any shop with a good reputation, that does quality repairs and genuinely cares about their customers should be able to operate without ‘referrals’ from any insurer.”

Correia confirmed, “We got off the majority of programs in the early 2000s, but we kept two specific carriers until last year. My name was on their list, but they weren’t pushing assignments to me, so I didn’t really notice any dropoff from those companies when I removed my shop.”

“Shops buy into the insurers’ flawed business model that prevents us from operating our businesses with any independence,” Belsito objected to the current system. “We listen, we settle, and we allow them to dictate how we run our shops. It doesn’t make sense. As long as auto body shops continue to listen to insurers’ mandates about how to run their business, we’ll continue to be influenced by them in negative ways.”

“I’m a strong proponent that repair shops should be independent. There’s no need for programs…any quality repairer with the ability and technology to efficiently repair the vehicle should be able to utilize those skills in the customer’s best interests, whether they’re on a program or not,” Lamborghini lamented. “Insurers shouldn’t limit the insured’s access to a proper repair, and when they make decisions at the expense of quality, it’s a bad situation.

“Some shops stay on programs because their contracts don’t require them to mirror match, or they’re able to submit supplements and continue the process, but if it can be done that way for them, why can’t non-program shops do it the same way since it benefits the consumer?” he asked, remembering the first referral program he asked to be removed from.

“We had a conflict with a large insurer about their refusal to pay for scans per the OEM requirements, so we decided to balance-bill the customer instead of losing money on the job. The insurer threatened to remove us from their list if we billed the customer, and I told them, ‘Don’t threaten me! Take me off the list.’ That insurer has a huge market share, and our business reflected that, so deciding to walk away was scary, but we repair just as many of that insurer’s cars as ever before.

“If you’re providing safe, quality repairs and delivering outstanding customer care, referral lists should have no impact on your shop whatsoever,” Lamborghini continued. “If you’re legitimately afraid that removal from a referral list will prevent you from getting customers, it’s time to take a good hard look at your customer service process and how you’re repairing cars. If you can’t stand on your own merits, are you really doing the right thing?”

Does participating in a referral or program contract inhibit shops’ ability to take care of their customers and perform safe, quality repairs? Find out what Massachusetts shops think in next month’s feature, “Are Referrals ‘The-Right-Thing’ Resistant?” in New England Automotive Report.