According to the Merriam-Webster dictionary, the definition of the word egregious is “especially and conspicuously bad.” 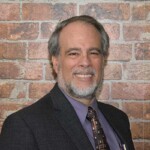 Among the synonyms listed for egregious are “blatant, flagrant, glaring, obvious and striking,” all of which have a negative feel to them. Because of the negative connotations associated with the word, I was particularly concerned when I heard it used in conjunction with our legislative bill which would set a minimum labor reimbursement rate. It is particularly disturbing because, if anything is truly egregious, it is the lack of fairness and reasonability insurers and our legislators have displayed when called upon to address the issue.

There are countless examples of what is truly egregious about the artificially set and suppressed labor reimbursement rate paid to the ill-informed and misguided insureds of Massachusetts. The fact that insurers can pawn themselves off as the experts in the repair process is insulting and egregious. Insurers pretend to be the “good hands people” who are “on your side” trying to “save you 15 percent” by letting the policyholder customize their coverage only to hear down the road, “We don’t pay for that” because you didn’t select that coverage. (At least the insured saved 15 percent, but at what expense?) Insurers got into business to make money by making certain promises to their policyholders, and they should be held accountable to keep those promises. The lack of accountability is indeed egregious.

Intimidating and threatening hard-working collision repairers that will be put out of business due to insurers steering ill-informed and misguided policyholders to the shops who are either playing ball or have had to succumb to the pressure if they want to “survive” and get onto referral, or worse yet, sign onto program contracts, is egregious. Referral and program contracts, which at first seemed like they were a benefit but have been progressively more of an anchor and a weapon to keep the collision industry repair industry pitted against itself, are egregious. Insurers who turn a blind eye to all but their bottom line at the peril of their policyholders are indeed egregious.

High on the list of egregious acts is the current attempt to pacify the collision repair industry once again with paltry increases of $1, $3, $5 or in the case of one national insurer, an increase of $10 dollars per hour. To each of these increases, we say, “Thank you” and “Welcome to: late 1996, June 1999, the first quarter of 2000 and the middle of 2003 respectfully.” Thankfully, a growing number of shops are not falling for this worn-out ploy.

The fact that the minority in the collision repair industry, who have given up trying to make a change or maybe never even tried at all, have been used to a set “prevailing” rate is egregious. The fact that the word “prevailing” is even allowed to be used, when the word “dictated” is much truer to the fact, is egregious.  Alleging the proof is in the fact that properly trained, staffed and equipped collision repair shops would “willingly” accept $40/hour for their expertise and the liability they take on is absurd and egregious. It is intimidation and fear of losing one’s business that has driven the “willingness” of collision repairers.

The good news is that the same fear is driving more and more shop owners to take the time to explain the issue of a suppressed labor reimbursement rate to their customers. They are no longer as fearful of losing a customer because they have chosen to charge a rate which will not only allow them to survive but also take the additional steps towards thriving. Shops are finding that they can create an “alliance” with their customers. Although some customers are purely price driven and would rather believe insurers’ egregious misstatements, more shops are finding that safe and proper repairs are the key focus of their customers. As an example, a shop that has taken the time to explain to a potential customer that only 11 shops out of 252 registered shops in the Worcester area consider the insurance company (instead of the vehicle owner) to be their customer has found that not only do they retain the customer, but the customer is willing to accept the shop’s posted labor co-pay figure and will purse the insurer for reimbursement.

Sure, you will not land every job where you discuss the need for a co-pay, but do you really want that person for a customer? More and more shops are perfecting the process of turning the insurance industries’ egregious propaganda back against them. These same shops are also able to entice skilled technicians to their shops because of what they can offer in the form of better wages, benefits and work environment. These same shops are still booked weeks in advance. Some shops are reporting receiving calls from inside adjusters who are confused as to why they are being sent bills from their insureds asking for reimbursement for procedural and labor reimbursement differences not paid for by the appraisers. The adjusters are asking the shops what they should do with the bill. “Pay the person” seems to be the most appropriate response! More and more shops are reporting that their customers are getting reimbursed by the insurer. If YOU don’t ask, you will never know what you can get.

As this issue of New England Automotive Report goes to print, we do not know what the final outcome of our efforts will be regarding HB 4868, An act to establish minimum reimbursement rate to insurance claimants, but what we do know is that we, as an industry, have the ability to control our future, with or without passage of the bill.

Not believing that you have control would truly be egregious!