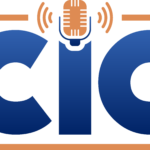 It’s impossible to deny that the past few years qualify as “challenging,” but it’s also pretty evident that these have been pretty innovative times as demonstrated repeatedly by industry leaders who presented on topics from safety inspections to data access to solving the workforce shortage and everything in between…including a hilarious encounter of the claims process variety (flip to page 4 for a recap on the Estimating and Industry Relations Committees’ Mission Possible? skit). But the highlight of the November 1 meeting came at the end of the day, attracting the largest attendance (standing room only!) ever seen at CIC!

What was so exciting? Society of Collision Repair Specialists (SCRS) Executive Director Aaron Schulenburg, who also serves as Chair of CIC’s Parts & Materials Committee, unveiled the results of the highly-anticipated blend study conducted in collaboration with AkzoNobel, Axalta, BASF, PPG and Sherwin-Williams!

Since SCRS announced in July that it would be conducting research to evaluate the time needed to perform a full refinish on a panel, compared to the time required to blend the same panel, collision repairers have waited with bated breath for evidence of what they knew to be true: that it takes nearly the same amount of time – and more skill! – to blend versus simply applying refinish. And the results of the study didn’t disappoint.

While the three major information providers (IPs) define refinish times differently, Audatex, Mitchell and CCC all utilize a uniform blending formula of 50 percent of the refinish time on two-stage refinish, and with CCC and Mitchell utilizing a 70 percent formula when blending three-stage colors…values now proven to be grossly underestimated, as expected by those who actually perform this difficult task.

“The industry has largely felt that 50 percent formula is not reflective of what’s experienced on the shop floor in comparing what it takes to blend versus fully refinishing a panel,” Schulenburg noted, explaining that the research included three paint variations as part of the test protocol: a solid, a silver metallic and a tri-coat.

Although the IPs’ estimates are based on the performance expected by an “average” technician, “we didn’t use average technicians; we used the individuals who are responsible for teaching, training and directly developing curriculum,” Schulenburg explained. The six painters who participated in the study possess an average of 32 years’ collision experience.

Ford Motor Company donated the 2018 Ford F-150 panels which were used in the study since those are the most common blend panels according to data from Mitchell. For the sake of environmental consistency, all studies were conducted at the Global Finishing Solutions Center for Excellence in Osseo, WI in August, and to ensure accurate results, SCRS enlisted the aid of DEKRA North America to monitor the research and audit the findings.

Demonstrating the consistency of the overall average which reflected a variance of less than six percent between all five participating companies, he shared the overall average when looking at all colors, companies and variations was “31.59 percent greater than the full refinish value. That’s certainly different than 50 percent less than.”

In keeping with the way that IPs report blending as a percentage of the estimated refinish time, the study was conducted as “a comparative analysis between the two operations, rather than a refinish time study seeking to refute or validate the published refinish time established by each company,” according to SCRS’ whitepaper (available for download at scrs.com/blendstudy).

Where does the industry go from here?

“That’s up to you,” Schulenburg said. “Our goal was to capture this data, present it in a transparent manner and share it with the industry so you can have the dialogue that you need to have. It’s up to the industry to determine where or how that occurs, but we’ve uncovered a big disconnect between what exists today and what the study reflects.”

Since the results were released, CCC and Mitchell have indicated that they are in the process of reviewing the blend study.

Following completion of the study, the panels and other materials used were donated to Chippewa Valley Technical College (Eau Claire, WI) to use in educating the next generation of repair professionals, an important topic that was covered by the Talent Pool & Education Committee and was among the many interesting presentations delivered during the meeting. Stay tuned to next month’s Hammer & Dolly for additional details. In the meantime, presentations from the November 1 meeting, as well as registration information for the next meeting (scheduled for January 19, 2023 in Palm Springs, CA), can be found at ciclink.com.

Want more? Check out the December 2022 issue of Hammer & Dolly!