Unless you’ve been living under a rock (and growing your own food), it’s impossible to ignore the rising costs in every area of life – from groceries to gas and everything in between. 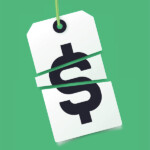 With inflation hitting a 40-year record high of 7.5 percent, everyone is feeling the impact, especially shop owners who are contending with rising costs from every angle, including paint and materials, for which they aren’t being properly reimbursed.

“Raw materials is the main issue,” according to John Shoemaker (BASF). “On top of that, a limited number of items are able to enter and leave the ports, making transportation costs higher than they’ve ever been.”

“We’ve seen increases of up to 24 percent on raw materials in a lot of cases,” added Tom Brown (PPG). “But the cost of manufacturing products has also increased due to natural gas and transportation prices. We haven’t really passed those expenses on to the end user which is creating challenges. Hopefully, it will start to normalize in 2023, but there are no guarantees.”

Truer words have never been spoken as proven by the war on the other side of the world, an event that will exacerbate the situation even more.

“No one could have predicted that Russia was going to bomb Ukraine,” Tim Ronak (AkzoNobel) noted. “We see cost increases as a response. All our products are based on the petroleum industry, and now we’ve got record highs of $100 for a barrel of fuel. We have restricted supply. Russia was a net exporter of oil, and now that it’s no longer politically correct to source oil from that marketplace, we’re going to see a supply shock where the supply curve shifts right and prices go up.”

Liquid suppliers have raised prices by around 20 percent since November 2020, but paint isn’t the only elevated cost shops are facing.

“Paint is only 60 percent of the material shops typically purchase,” Ronak pointed out. “Other items that contain petroleum products include seam sealers, adhesives and even masking tape, so we’re going to see significant increases across the board. This isn’t just a paint company thing; it spans the entire spectrum.

“The paint industry typically gets singled out because that’s often the largest single check that a shop writes,” he added. “They may spend more on parts, but because it’s divided up amongst a bunch of vendors, it doesn’t get the same attention as that single check being sent to a paint supplier.”

“EVERYTHING has gone up,” Shoemaker said. “The price of fenders has gone up even more than paint over the past five years, but shops get the invoice and bill it out. Why don’t they do the same with paint? If you bill for it like you would for parts, it doesn’t matter how much it goes up because your invoice is based on the documented cost of goods sold (COGS). When you run your business based on your costs, your prices increase proportionately.”

“Paint needs to be charged like a part,” Brown echoed. “Parts prices change all the time in the fluid world we live in, but most shops haven’t seen an increase in paint reimbursement in over five years. Material reimbursement rates were calculated 20 years ago and no longer apply; materials for modern cars cost more than they did in the past, and shops should be able to be properly reimbursed for the materials used.”

Adequate reimbursement can be a challenge for shops, but it’s imperative to start thinking about how to recover increasing expenses since the situation isn’t expected to right itself anytime soon. While overall inflation is at 7.5 percent, that amount reflects a cumulative average increase and doesn’t account for differences in certain product categories. Gas has risen by 40 percent, and electricity is up by nearly 11 percent.

“We’re not feeling the full impact yet; more increases are coming,” Ronak warned. “When people see a 7.5 percent inflation, they think they need to raise their prices by the same amount, but that’s not accurate because there’s a multiplier effect that includes transportation and labor in addition to manufacturing costs. The Consumer Price Index (CPI) shows that the cost of auto repair has gone up 10.8 percent in the past year. Now, that is strictly what’s been passed along for parts and maybe some materials; it doesn’t account for labor increases, so if parts are only 40 percent of a shop’s total ticket and they went up by 10 percent, their cost has likely increased by closer to 22 percent.”

Shops cannot afford to take such a loss, but what can they do?

“Run your business like a business,” Shoemaker recommended. “Base your sales off the COGS – parts, materials and labor. It’s costing shops more and more to keep a technician employed, but we don’t bill for labor as a cost either. Labor keeps the lights on, yet shops are losing money every day on labor which should have a 60-65 percent profit margin. If you send an individual to school and maybe have OEM certifications that require additional training, all that needs to be factored into your Labor Rate or you’re at a loss from day one.

“Unfortunately, many shops have allowed outside entities to run their businesses for so long that they’ve forgotten simple business economics,” he continued. “All questions relate back to the cost of goods. Your sale price should be calculated using the COGS multiplied by your expected gross profit. That’s how Harris Teeter sells bread, and that’s how this industry should be selling their goods and services. Know how much you pay and what your profit should be, and then calculate your sales price.”

“Shops can use the tools provided by their paint manufacturers to document their expenses and also to learn how to collect adequate reimbursement for properly repairing the car,” Brown contributed. “The lack of workforce mandates higher pay to get help, so the Labor Rate really needs to be increased for shops to competitively attract and hire those people. The ‘prevailing rate’ isn’t accurate, and rates should be set at different levels based on the tools, equipment, training and skills a shop brings to the table. Labor Rates should be evaluated and adjusted yearly.”

When adjusting prices due to rising costs, shops need to make sure they understand how those costs increase.

Ronak expanded on that concept:

“Small businesses typically live within their four walls; they wait for a cost to impact them painfully before trying to recover. Small businesses typically get stuck doing things the same way and fail to adjust prices in advance, only increasing them when they’ve felt the pain and reached a horrible situation. Big businesses operate very differently by negotiating contracts in advance and setting future prices accordingly to maintain the same level of capital so they can maintain their business.

“Consolidators are already positioning themselves to effect a pretty significant increase,” Ronak continued. “And if those large businesses suddenly start capturing higher rates, small businesses become more vulnerable to losing employees who are offered more money to go to the big shop down the street. Faced with losing a highly valued employee, many shops end up paying more than their financials justify as a way to survive. I worry that small businesses will wait too long to adjust their pricing in this massive inflationary environment.”

“It’s basic business economics, not rocket science,” Shoemaker insisted. “If you don’t base your business on the COGS, your opportunity for profit is very, very limited. Shops weren’t profitable before the increases, but they’re even less profitable now. Every paint measuring system has a way to invoice, and paint is a part. Monitor what’s consumed on the job, print out that invoice (including an appropriate gross profit), and you’ll get back to the profitability side.”

“Most insurance contracts include a stipulation that they’ll pay all the demonstrated costs of a repair,” Ronak indicated. “It’s not limited to what the insurer decides they want to pay for. If you can provide documented proof of the amount used, that documentation allows you to substantiate a bill that you’re going to submit for reimbursement. Now, remember the insurer doesn’t pay the bill; they reimburse the consumer, and it’s incumbent on the shop to provide adequate documentation for the consumer to support getting fully reimbursed for the materials that were used on a job.”

Tragically, many shops forget that their customer is the consumer, not the insurer.

“A lot of shops insist, ‘The insurance company will only pay me what’s on their estimate,’ and maybe that used to be true, but it’s really an old wives’ tale,” Shoemaker stressed. “Properly create invoices based on consumption, and you’ll get paid, but it’s up to you to run your business. Insurers don’t really want you to be profitable. They want you to repair the car and help them satisfy their customer’s loss. Somehow, we’ve become a mediator between the insurance company and the consumer, but the insurer is not your partner. They’re contracted to the vehicle owner, and you’re contracted to the vehicle owner. That’s it.”

“Our industry only faces many of these challenges because we insert ourselves into the conversation with the insurer. By and large, the ones having the hardest times are the ones who signed contracts, but with rising costs, those agreements are no longer mutually beneficial. They’ve become one-sided, so they may need to be revisited and equalized a bit. There are a lot of strategies shops can implement to capture returns on their costs, but a $2 increase just isn’t going to cut it anymore.”

Want more? Check out the April issue of Hammer & Dolly!