Burdensome insurer-driven administrative tasks are taking a toll on collision repairers in the Mid-Atlantic region and beyond.

The tipping point is here, and repairers have had enough! 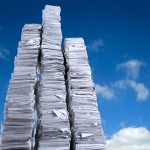 Burdensome administrative duties, stemming from changes in the way insurers are conducting business these days, is really taking its toll on collision repairers in the Mid-Atlantic region and all over the country.

It’s not a matter of having too much repair work to do. It’s a case of carrying the work that insurers once took care of themselves – not that long ago. Today, shops all over the WMABA region report increased administrative woes, causing frustration, decreased morale and a slow-down in production on their floors as a result. With this piled on top of COVID-19 aftershock, parts delays due to supply chain issues and regular challenges in finding good help, it’s no wonder collision repair professionals are feeling drained, overburdened and just plain fed up.

Repairers report that photo or virtual estimating has led to more delays, research and paperwork than ever before.

“It’s just unbelievable,” comments Phil Rice (Huber Collision Center; Fredericksburg, VA). “It’s really kind of sad seeing the pressures and some of the things that we have to do on the backend. In the not-too-distant past, a service writer could handle three or four body men easily. What we’re seeing right now with the number of supplements that are required, the administrative responsibility, the pictures and the documentation, it’s really hard for a writer to handle more than a couple of body men. It’s crazy.”

Insurers may want people to believe that the virtual process truly took hold due to COVID-19 pandemic restrictions, but collision repairers say this is indeed not the case.

“I think COVID-19 was just an opportunity to use it more,” believes Kris Burton (Rosslyn Auto Body; Alexandria, VA).

Rice echoes Burton’s thoughts: “We were already headed in this direction, and COVID just expedited processing claims,” he laments. “Insurance companies have learned how to do things without staffing a building, which puts the burden back on the shops.”

Also in agreement is Steve Krieps (Greg Cline Auto Body; Winfield, WV) who says, “Issues with virtual estimating definitely started prior to COVID. It has nothing to do with COVID; it didn’t come from COVID despite what some bill payers try to claim. I think it’s a crutch and an excuse.”

Burton says the extra burden of administrative duties caused by the estimating process is truly a “time sucker.” Some insurers like Progressive and GEICO still send appraisers out, but for the most part, everything he’s dealing with is virtual.
Supply chain issues are causing some problems, but Burton admits his biggest hurdle right now is handling all these additional administrative duties caused by the estimating process. His shop does their part and submits what they need to an insurance company…only to get a response five to eight days later.

“There’s minimal communication, and what you get back is a quarter of what you are asking for,” shares Burton.

“Essentially, you are finding yourself honestly questioning your sanity,” declares Krieps. “You are filling out the information and all the documentation. You are doing the research because you now have to hold the appraisers’ hands and walk them through everything imaginable. It’s like explaining how you have to fix a car to someone who knows absolutely nothing. Unless you can get them to understand it, they won’t cover it. Shops should not have to send 1,000 pages of procedure documents to explain why a battery needs to be disconnected. The overhead administrative time has grown exponentially. You almost have to become a claims specialist yourself because most of these representatives don’t even understand the policies they write for or how they are applied.”

At Rice’s shop, these expectations from insurers are causing “a scheduling logistical nightmare.”

“The number of cars that I need to have in rotation has increased due to the way supplements are tying cars up,” he explains. “I used to be able to plan around the hourly production average of each of my techs and fill their stalls with the work that they need. Now, I have to substantially increase that because there are so many cars I can’t work on. Then you are forced, once the approval is received, to tell the customer that you will put their car back into the schedule, but it may take a day or two before I can get back on it.”

And if scheduling challenges weren’t bad enough, Rice reports he’s also being pushed by insurers to cover additional rental costs caused by delays that the carrier is causing.

“They will pay the rental for three to five days to do the supplement, but once that supplement is complete, they expect you to work on the car immediately. In many cases, we tell them, ‘We don’t have the parts because we didn’t know when you’d authorize it,’ so the process is complicating the rental. We are seeing more customers exceeding their rental coverage than ever before. This is not due to the delay of the shop; the insurance company is causing these delays.”
Rice is willing to cover the rental cost if the delay is on his end, but when it’s the fault of the insurer, he has no choice but to tell the customer and have them deal with the insurance company directly.

Barry Dorn (Dorn’s Body and Paint; Mechanicsville, VA) suggests that the so-called “talent shortage” (self-inflicted as most insurers let go of up to 50 percent of their staff), which insurers claim is the reasoning behind all the additional stress on shops, is also causing major trust issues with consumers.

“When the photo estimate comes through with an inside adjuster that’s been there for a very short time at $600 or $700 and then when we find, through the blueprint process, that it’s $15,000, it tears apart that trust as the consumer asks themselves who is trying to defraud them,” points out Dorn. “They ask if it is the carrier with their initial estimate or is it the shop – because somebody is not being forthright and didn’t do their job. It makes the consumer feel like someone is lying to them.”

And on the shop floor, having to rely on communication via apps and a back-and-forth process that can take four or five times with hour-long waits, this is a “morale killer to our teams, which we need to keep,” says Dorn.
“For some insurers it used to be a two-or-three day process, but now it takes two to three weeks to get the blueprint finalized.”

All these added stresses are leading to burnout, and in many cases, shops are starting to reconsider their relationships with insurers, while many others are throwing in the towel completely.

BASF Business Development Manager John Shoemaker is seeing his customers get “buried” by insurers with the constant increase of administrative tasks.

“The added administrative duties put a lot of stress on front office personnel,” offers Shoemaker. “They are never able to get ahead, so we see a lot of burnout. Many just don’t want to do this anymore. You see an increase in consolidation since the first of the year because shop owners are saying ‘I’ve had enough.’”

Proof lies in the fact that Crash Champions has bought multiple shops in the last six months, which Shoemaker says is a sure sign that more and more people simply don’t want to deal with the industry’s challenges anymore.

Additionally, many are looking to leave their DRP relationships behind; in fact, shops that are moving away from these programs are finding their profitability going up, according to Shoemaker.

“I think we are heading for another culture change like we saw in the early to mid-1990s when DRPs were the thing and people forgot how to manage their businesses. Now, I think that culture is shifting back to where people are taking control back. Rather than relying on DRPs, they’d prefer to move toward OEM certification and be more involved in their marketing in this digital age.”

“The ones who are getting hurt the most are those who aren’t disassembling the vehicles up front. Yes, there are supply chain issues and it takes time to get some parts, but it takes longer if you don’t order everything up front on day one or day two. In many cases, additional parts are found mid-repair, and they wind up being on backorder.”

He says it’s the same issue with shops beginning repairs on photo estimating; they start the repairs, and four or five days into it, they find out more parts are needed.

“If they properly repair plan for that vehicle, they’d have known about all the needed parts on day one and could get those parts shortly after needing them.”

As the new year begins, one can only hope these pains will be alleviated in the coming months. Meanwhile, shops continue to deal with the additional duties. As Krieps puts it, “You almost need one person in the office just to field the phone calls.”

Want more? Check out the January 2022 issue of Hammer & Dolly!